The Year 5s have been participating in the G.R.I.T. programme run by Mrs Barty and Rachelle. G.R.I.T. stands for Growth, Resilience, Integrity and Traction. The programme is designed to allow students to develop their leadership and team skills in a safe environment. Each week the students are set a new task in groups, and they must work out how to solve them together. Some games are competitive, and some are not.

This week the students were put into two teams and told to keep all members of their team safe on the mat while they performed tasks such as making a triangle, a pentagon and turning the mat 360 degrees. It was interesting watching the groups work together to solve the problems that arose.

After each activity the students are asked to reflect on their feelings about the task and what they have learned about themselves and their role in a team. They also discuss how the tasks could affect them in real life.

The programme will help students with leadership roles, resilience, and team skills in the future as they become our Year 6 Leaders. 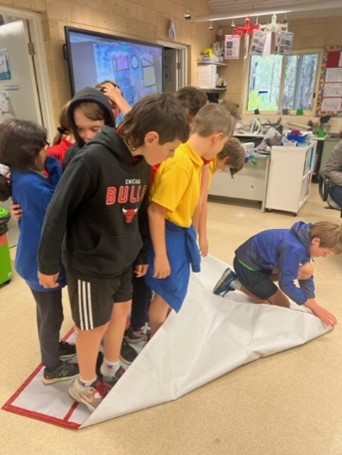 The team was excited to complete the fold the triangle with everyone on the mat activity.

The ‘making all four corners of the mat meet in the middle,’ provided a (think outside the box) challenge for our teams. 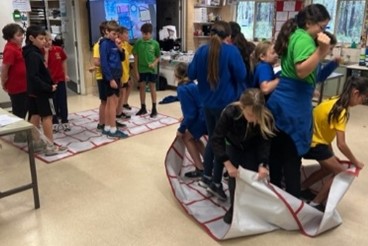 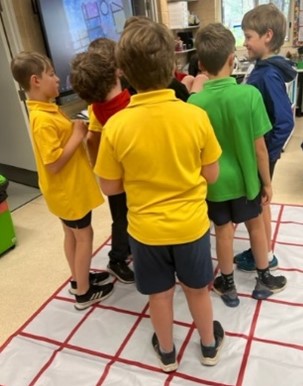 The teams had to make a plan for how to tackle the ‘rotate the mat 360 degrees,’ activity.

Information from our School Psychologist

Bust Out In Blue